From REALab Wiki
Jump to navigation Jump to search

The eyenet surveillance camera system offers discrete yet high spatial and temporal resolution video recording, and can be controlled both locally and remotely.

There's software for both windows (mx control center) and macs (mx easy). We have a dropbox link to this software in case you would like to install it on additional computers. This software can be used on any computer plugged in to the UBC network, or remotely using VPN. Below describes the setup for mxcontrol.

note: remember to "save configuration" when exiting mx control center

q: can you have only one of the two cameras for a given board in your layout? a: you need to display both if you want to record both 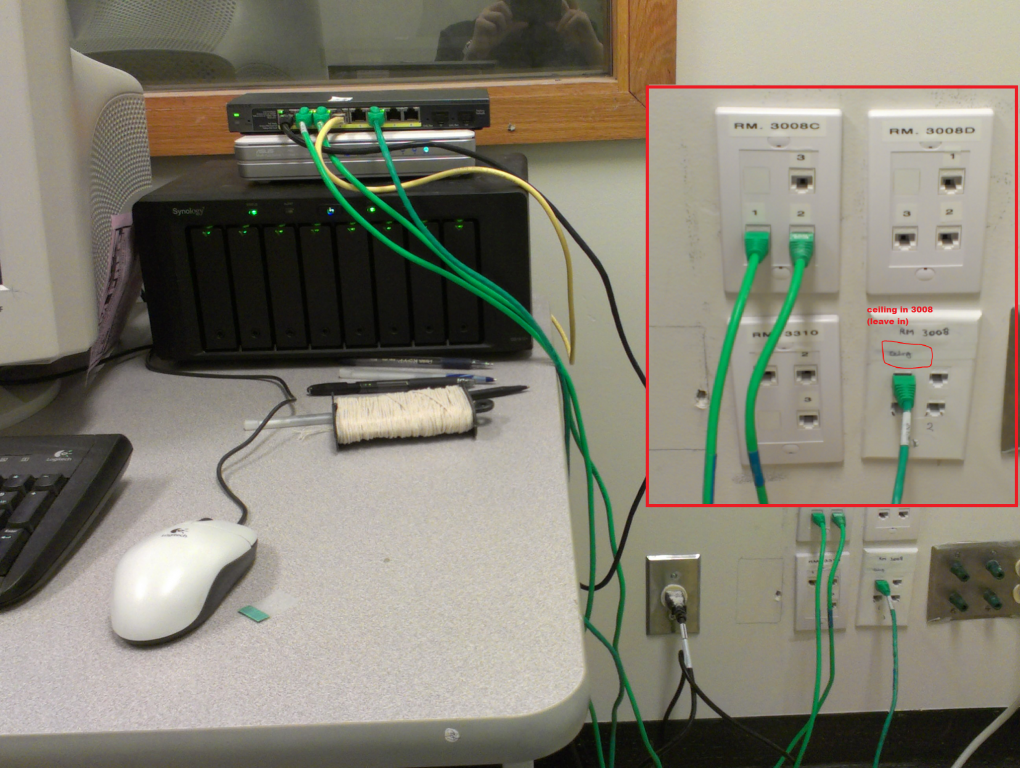 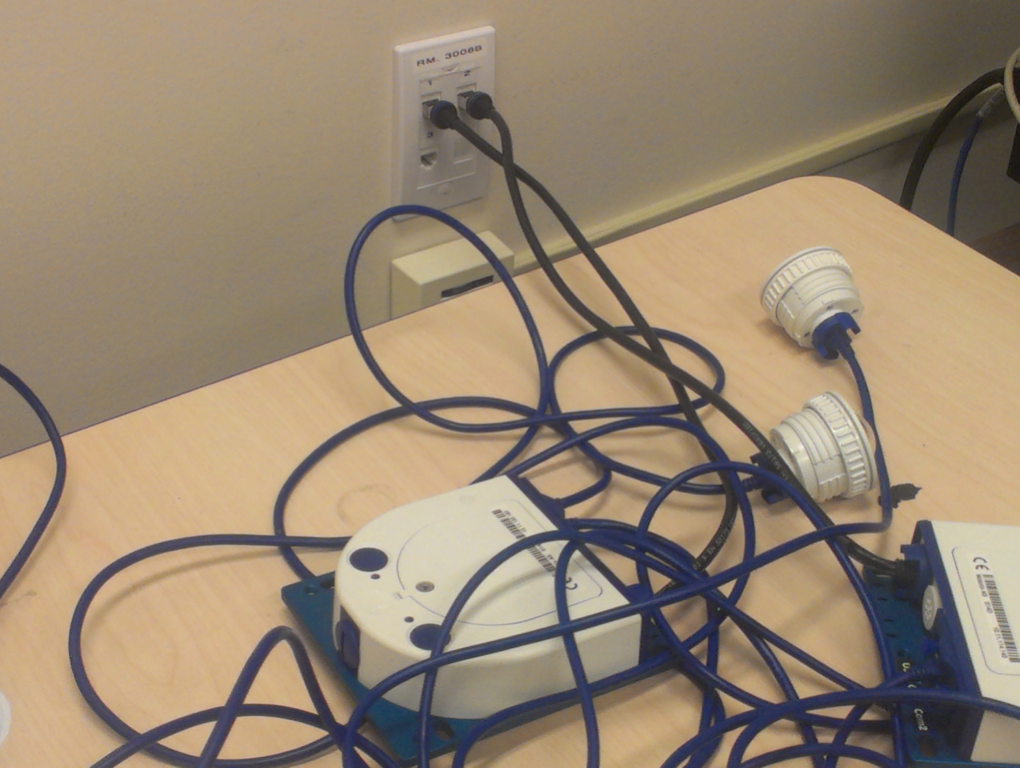 You can similarly switch up the cables to connect the hardware in 3008B with the cameras in any of the other rooms (RR1, RR2, 3008C, 3008D), or just plug the ethernet cables from the 2 boards of 4 cameras straight into the hardware in 3008B (if you want to use the cameras in there). Note that when you plug the cables in, it will take about 30 seconds for the power to start flowing to the cameras and thus for the cameras' feeds to show up in the software: once the yellow light on the left of the PoE board lights up, you should have power to that camera and it should show up in the software.

note: when the cameras are not in use, they should be placed in the small wooden filing cabinet in room 3008B, near the rest of the hardware